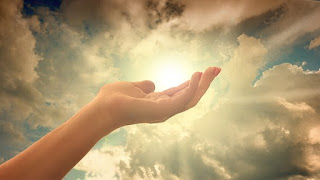 According to the teachings of yoga , the cosmos is composed of sound, of vibrating matter, vibrational energy. Om is the single reverberation, the sacred syllable, the primordial sound ringing out of the shining void to crystalize the worlds.
Contemporary quantum physics seems to validate the ancient mystical view that all matter is energy in varying states of vibration , the rate of vibration being inverse ratio to the density of matter.
We live in a multi-dimensional universe, composed of energy moving at different speeds, creating different frequencies and different realms.
Energy vibrating at high speeds would be invisible to our world of comparatively slow moving, heavier and more solid vibrations.
The pranic life-force that animates and sustains the  universe consists of the lightest vibrations and can be sensed with practice as a kind of electro magnetic field within and around your own or another's body.

It was with the yoga teacher Enid Culf, in Sheffield that I first began to sense and experiment with pranic energy . Enid had trained teachers for the Friends of Yoga Society, the British Wheel of Yoga and the Life Foundation .When I met her she wasnt too interested in externals.
Enids approach to yoga was unlike anything I had known before. She  always practiced Hatha Yoga with her eyes closed , even the balancing postures. She encouraged us to do the same. For Enid, the externals were secondary. Her teaching was all about going within and working on yourself. She created a beautiful atmosphere in class with music, incense and huge crystals placed in the centre of the room including white quartz, amethyst, rose quartz and dark smoky quartz. The subtle energy fields around crystals and certain stones stimulate the chakras.
With Enids help I qualified to teach yoga with the Friends of Yoga Society  as she happened to be a member at the time. She also gave her support assisting in workshops on the yoga teacher training course I originally put together in 2005.

With Enid I learned how to accelerate the process of healing or regeneration by stimulating the cellular structure of any injured or diseased area with prana. This is the basis of pranic-healing, reiki and other modes of energy work.
Study of the chakras , nadis and acupuncture meridians is useful if you want to run prana through your own or anothers body as you can direct the energy effectively for the desired result .

In a sitting pose begin by rubbing the hands together slowly and increase the speed until you are rubbing the hands together very fast.  In this way you can stimulate the energy points in the palms and fingers.  Stop and slowly separate the hands and focus all your attention on the space between them.  Allow the hands to curve naturally as if you have a ball between them.  Pick up on any sensations. Perhaps you may notice a warmth, tingling or vibration.  Experiment by taking the hands further apart and then closer together several times and remain sensitive to any new sensations. If you can sense a magnetic-like substance being stretched as the hands move apart and a resistance as the hands move closer together you can be sure you have picked up on the prana.  It may take a while before you can feel confident that you are actually sensing your own energy. Once grasped you won't necessarily need to rub the hands together to sensitise at the start of your practice . In fact at some point simply placing your attention on any part of your body may stimulate the flow . 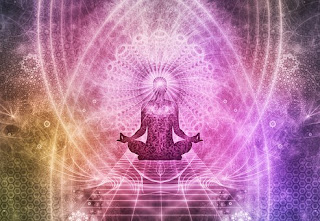 YOGA POWERS “Sometimes I’ve believed in as many as six impossible things before breakfast” Lewis Carol The siddhis are extraordinary powers, latent within everyone.  After a certain level of awareness and energy has been attained through traditional yoga practice , siddhis may spontaneously appear like fruit on a tree.  Yogis have always sought to develop their full potential – the siddhis - and often in service to others.  Almost all 55 sutras of book three (Vibhuti-Pada) of the sage Patanjali’s great work ( the yoga sutras )  are devoted to extraordinary powers,  although he warns us about showing off the siddhis – you should never use your Jedi skills to shake up a bottle of Budweiser before opening or to switch channels on T.V.  There are the lesser siddhis and the greater siddhis.  The lesser siddhis include psychic perceptions such as clairvoyance (inner-seeing), clairaudience (inner hearing), clairsentience (inner-feeling) and clairgnosis (inner-knowing). Rem
Read more
By Unknown - September 08, 2018 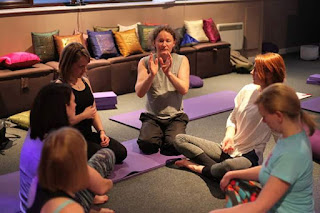 YOGA TEACHING An Interview with Steve Avian of Shamayoga What kind of Yoga do your trainees teach? “Every school has a particular emphasis. Mine is very practical. There is a focus on traditional Hatha Yoga practices and postures and a foundation in the underlying principles and spiritual aspects. There are lots of opinions about all things yogic. I encourage my students to know the difference between opinions and yoga principles. I like my students to think for themselves. Because I teach small groups (up to 12) I can respond to their individual interests and the direction they would like their teaching to go. Some students go on to emphasise physical fitness and others the more subtle, meditative aspects. As well as starting their own classes some have gone on to teach in gyms, hospitals, schools, community centres and in the workplace etc. It’s all great. ” Who is the training for? Who can be a yoga teacher? “Rather than trying to get students to fit my yoga, I want to
Read more
By Unknown - November 27, 2018 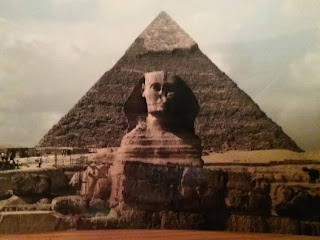